For the sixth year in a row, the National Weather Service has recorded a named storm prior to June 1, the official start of hurricane season. In 2018 alone, natural disasters caused $160 billion in damages, according to a report from German insurer Munich RE. In recent years, Hurricanes Harvey, Maria, Irma, and Nate were just four of the storms that caused nearly $300 billion of damage in 2017, and 2019 saw twenty named storms, including two subtropical storms. 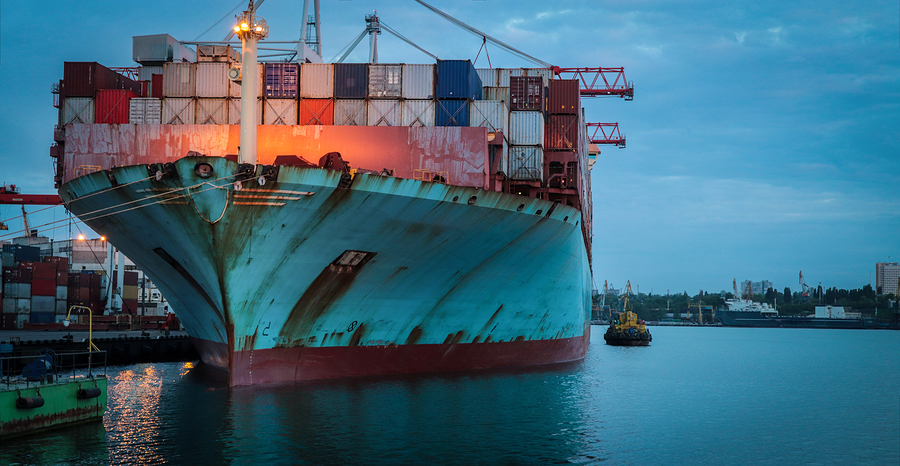 Severe weather, like other natural disasters, can cause a domino effect disruption through the supply chain as well as problems in the affected areas. Whether it’s a tornado, hurricane, or a snowstorm, or just an ordinary rainstorm that takes everyone by surprise, the 3PL supply chain feels the pinch when resources are re-routed.

The most obvious disruption is for delivery. Whether it’s rain, sleet, snow, or high winds, transportation may be limited, dangerous, or even impossible. Delays in product arrivals can result in low inventory and possible price hikes if the supply thins out.

One supply chain disruption sends out “ripple effects” that can take months to recover from and cause problems later in the year during the all-important holiday season. A company’s revenue may take as long as a year to return to normal after failing to deliver the product on time.

Production can be manufacturing, growing crops, or any part of the supply chain that drops. Drought or flooding can end a season’s harvest for one or more crops, depending on what part of the world is affected. Winter weather can impact multiple types of transportation.

During the disaster in Japan in 2011, factories that produced auto parts for the world’s automakers caused factories to stop because of the unavailability of parts to build cars.

Similarly, during a flood that same year, factories in Thailand that produce a significant number of the world’s hard drives halted the manufacture of computers for a time. Unable to manufacture and keep up with demand, the price of computers escalated considerably until the supply chain was able to return to normal.

After a severe weather event like a hurricane, the government begins buying shipping capacity to engage a large-scale emergency supply effort to get food, water, ice, and other essential supplies into a disaster zone. While these emergency efforts are needed, it reduces the capacity needed for regular freight transport and leading to a significant rate increase. These reductions can affect the supply chain for many months after the event, and takes considerable time to return to “normal.”

Additionally, the capacity used for regular transportation is affected for a time, meaning fewer goods available during the normal course of business, leading to shortages throughout the rest of the country.

Most companies think of “disaster preparedness” for their business, but fail to consider their supply chain. What happens when a piece of the chain drops due to a weather event?

A disaster plan for your company should also take into consideration what can happen when an outside event interrupts your supply chain, including transportation. It should include:

While no one can accurately predict when and where weather will disrupt the supply chain, being prepared for any scenario can help mitigate some of those disruptions and get the supply chain back online quickly.

When it’s time to outsource all or part of your supply chain, 3PL Worldwide can offer your company a full range of logistical services. We also offer additional services such as a call center, bicoastal warehouse space in Southern California, and Connecticut, as well as transport nearly anywhere. We’re based in Southern California but work with customers nationwide. We’re ready to help, so contact us today at (877) 444-0002 or use our online contact form.

3PL Worldwide lives up to our commitment to our clients, to their customers, and to protecting the bottom line every day by providing fast, flexible fulfillment. We combine the best in order management, logistics and fulfillment services, bi-coastal warehouse facilities and call center management…

Call Now Button
Click Here For Navigation
“ We can QUICKLY have your Amazon Seller and Vendor central sites integrated and shipping product” Click button above for a quote!
close
Toogle Down